The Kenya Yearbook, a government publication that sheds light on the intrigues behind some of Kenya’s historical moments, has offered details on how the Kenyatta family was rendered homeless and the struggle to reclaim their home.

When the late Jomo Kenyatta was sentenced to prison and held at Maralal in 1953, the law allowed the colonial government to take over the land of convicted people depending on the seriousness of the offence.

Kenyatta lost 31.24 acres in Kiambu, including his ancestral land in Ichaweri where he had constructed his house. The land was reallocated to someone else but this decision would later come back to haunt the new owner. 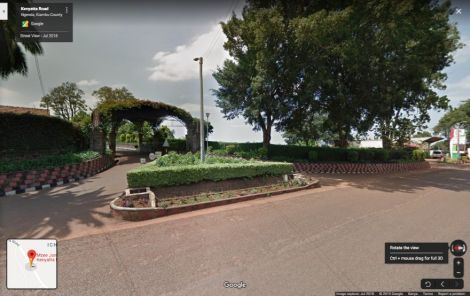 The entrance to the Kenyatta family Ichaweri home
FILE

The colonial government deconstructed the house and the stones were used to build another house in Gatundu Town that was used to settle civil servants.

As Kenyatta was held in Kapenguria, Mama Ngina was jailed at Kamiti Maximum Security Prison. The two would later reunite in Maralal where Jomo, although a prisoner, was allowed some level of freedom including having a house where he lived with Ngina and their children.

With mounting pressure to release political detainees, the government caved and was willing to resettle Kenyatta who was at the time landless and homeless.

He insisted that he would only go back to his ancestral land in Ichaweri, triggering a scramble to trace the new owner of the parcel.

Former Commissioner of Police Bernard Njinu who at the time was an intelligence officer was transferred from Isiolo to Kiambu to help trace the new owners of the land.

“I was flown from Isiolo to Gatundu with instructions to locate the person who had been allocated Kenyatta’s land. I traced him to Ngong and the government transferred the land back to Jomo.

“When I arrived from Isiolo, I found politicians Masinde Muliro, John Keen and Wafula Wabuge in Gatundu desperately trying to locate Kenyatta’s land. The trios’ brief was to ensure that a new house was constructed before Kenyatta was released,” he recounted.

On August 14, 1961, Kenyatta was flown from Maralal to Kahawa and was driven back home in the company of his wife Mama Ngina who at the time was heavy with child; Uhuru Kenyatta (now Kenya’s President).

Njinu’s job quickly transitioned from facilitating the return on Kenyatta’s land to providing security and eventually found himself a member of the Presidential Escort team and later its commander.

The job involved reporting to Ichaweri every morning because the president hated sleeping at State House. At the time Njinu lived more than 10km away from Gatundu town and was advised to move closer.

After settling in Gatundu Town, the president directed him to move into the house that had been constructed using remains of the demolished house Kenyatta had built.

“Kenyatta directed me to move into the house constructed with his stones. Of course, he knew its history but in his characteristic philosophy of forgiving but never forget, he never made it an issue,” Njinu recalled

The Ichaweri home is now a national monument and protected by the law. The home will be opened to members of the public, who will be able to access Kenyatta’s history from when he was born until he died. 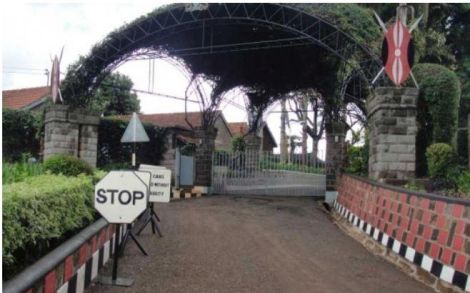 The entrance to the Kenyatta family Ichaweri home
FILE